April 15, 2014
So, I had fun providing headshots for the women in a band called Miss Jones and the Furrballs a few weeks ago. They market themselves as a "hilarious musical show band guaranteed to entertain," and they are an absolute hoot! They have each taken on persona and it takes them a sincere amount of time to get made up into their different characters. 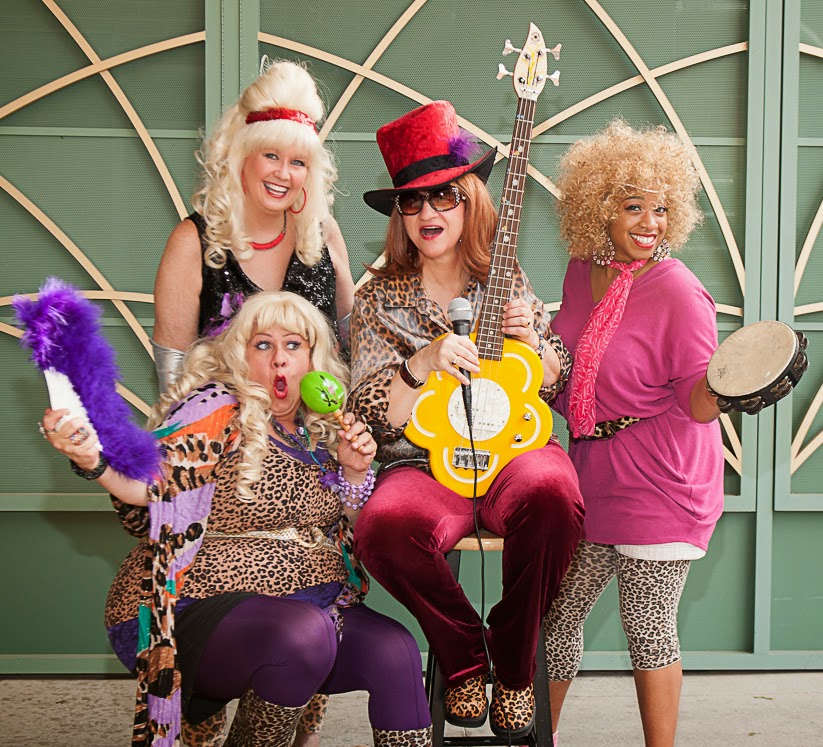 First, we found a nice retro background outside of an office building. Simple, geometric and it didn't distract from the group.  They even had fun doing their own rendition of Abbey Road....they called it "Tabby Road." 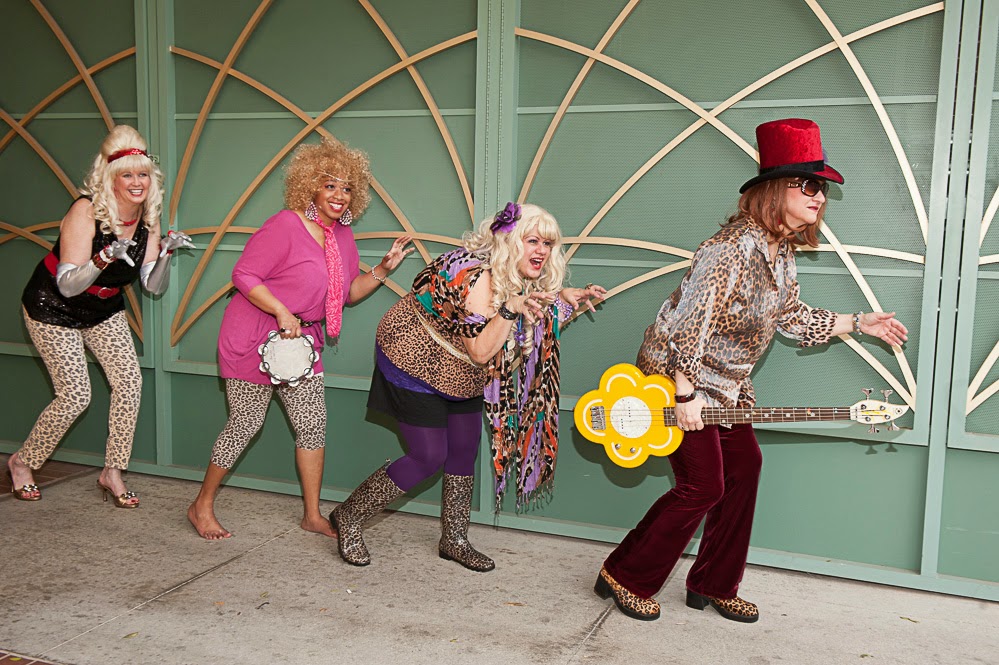 We then moved on to a cool old bus outside of the restaurant El Arroyo on 5th.  This made a wonderful setting and got the ladies a lot of attention on the street. They were able to pass out a lot of cards to folks who were curious about what we were doing.


We shot some in front of a stone lion and in front of two giant, metal Mexican musicians and then hopped in the car to try and get the Austin skyline.  As it turned out, there was no parking to be had anywhere and the skyline itself is actually kind of messy right now with giant cranes and scaffolding.
So, onto the Capitol building! 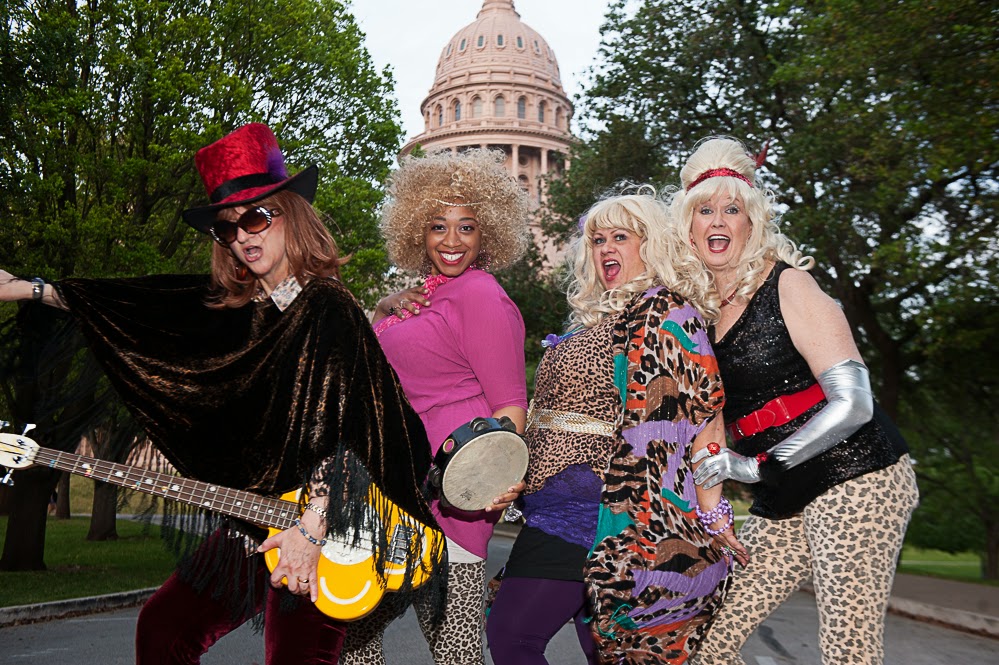 I don't know what was more fun, shooting the pictures, watching passer-byers expressions or hearing Cry Baby call hi to everyone as we drove through the streets.  If you have a chance, go see a Furrball concert (I believe there is one coming up soon at Baby A's).

And if you love photography, keep finding great places and people to shoot! And, have fun y'all! 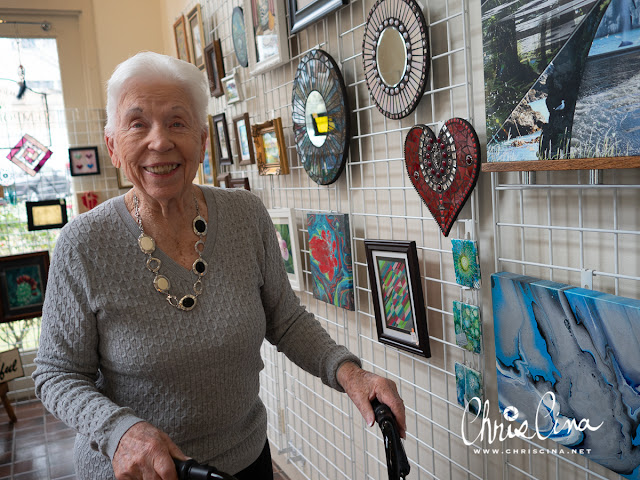 With her sparkling blue eyes, Clara Newby, showed me the "new" art she is selling at The Old Bakery and Emporium.  Clara, who has been an artist for many years, mostly painting flowers, is one woman who is willing to learn new things.  Just recently she has been experimenting with an acrylic art form (see the image on the bottom left) that "works a bit like watercolor" but the paints kind of swirl and take off on their own.  She has an eye for color and which ones work well together.

Clara, a longtime volunteer at the Old Bakery, told me proudly that she is turning 94 in the end of March.  Hard to believe as you watch her move and hear her speak.  "I used to drive from Victoria to Rockport for art lessons," she explained to me. She didn't have a clue what she was going to paint until she got there but they always came out rather nice.  She showed me some of the notecards that she sells and I recognized them as ones I had already been attracted to and…
Read more