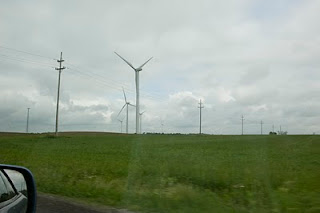 You actually see a lot of these windmills as you are traveling through New York State.  They are quite graceful and appear to be saving energy... hopefully not too many birds are being affected. Sure does seem like a good resource.
Andy &  I love to find lighthouses that we haven't seen before, so, after a brief visit to East Aurora, NY, (looking for a potter recommended by my son-in-law) we stopped in Buffalo.
Did you know that Buffalo smells like muffins because the General Mills factory is there? Wish I could shoot in scratch n sniff and share that great smell with you. It was a pretty lighthouse, located at a Coast Guard station where it was well protected from lighthouse vigilantes like ourselves. 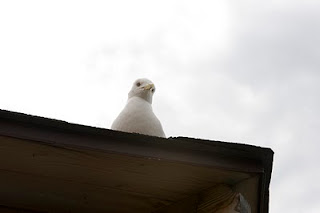 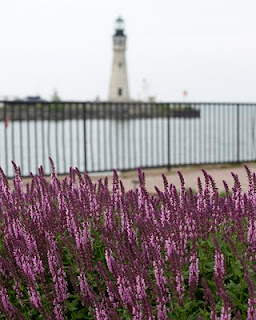 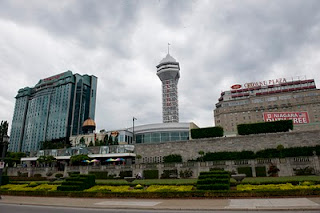 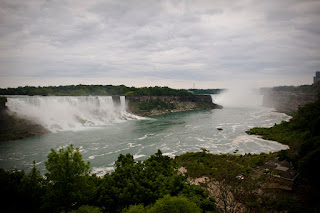 Next stop was over the Rainbow Bridge and into Canada where we were told we'd have a better view of the Falls. The town itself appeared to be a GAUDY TOURIST trap! As we entered, it looked like the worst of every major tourist center I've ever seen - with every chain restaurant and souvineer shop you can imagine. 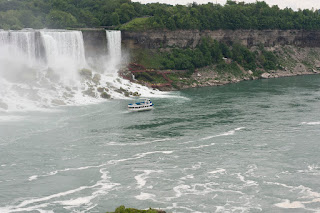 But the Falls themselves were stunning and we stayed at a nice place where we could see Horseshoe Falls from our bedroom window.  I never realized how all encompassing the Falls were - how you can see them from everywhere you go - they just kind of become a background after awhile.