A Taste of New York State

June 10, 2010
In dire need of a vacation, we set out to explore a bit of New York State. First stop, the Museum at Bethel Woods: The Story of the Sixties and Woodstock. Really bizarre seeing stuff I lived through (albeit from afar) being documented as "history." Kiosks said things like "In 1965 the women wore beehive hairdos." Thank God I was 12 and never had a beehive, but it sure made "the women" sound like a bunch of aborigines who followed a cult trend. (Hmm. Maybe that's not so far from the truth, after all)  The museum really was a lot of fun, with all kinds of multi-media experiences to make you feel like you were really THERE. Great music, cool vibes, people helping people, rain and mud and fun.  But the very best part was an exhibit on Eddie Adams photography and how he helped to end the Viet Nam war. Absolutely awesome! Made me realize the power of this gift I have been working on perfecting. 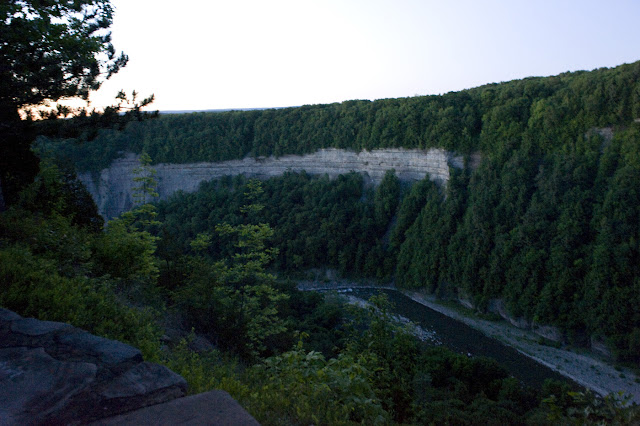 Next stop, Letchworth State Park - the "Grand Canyon of the East." I had never heard of this place until I posted a request of Facebook for places to stop as we headed to Niagara Falls. And what a great treasure it is! This is a photo that was taken at about 5 am. The amazing part of this is that I FORGOT my tripod (trust me, I've beaten myself up about that a LOT!) and this photo was taken HANDHELD at 1/6 of a second (800 ISO) and, while not the sharpest image I've ever taken,  look at all the detail at that hour of the day! There are things you can do after you beat yourself up, if you've forgotten your tripod. Like placing the camera on a ledge, going for a time exposure or trying the burst mode. Trust me, I tried them all. But the payoff was the sunrise - which I didn't capture as perfectly as it actually looked - but shooting straight into the sun I could go for a faster shutter speed. 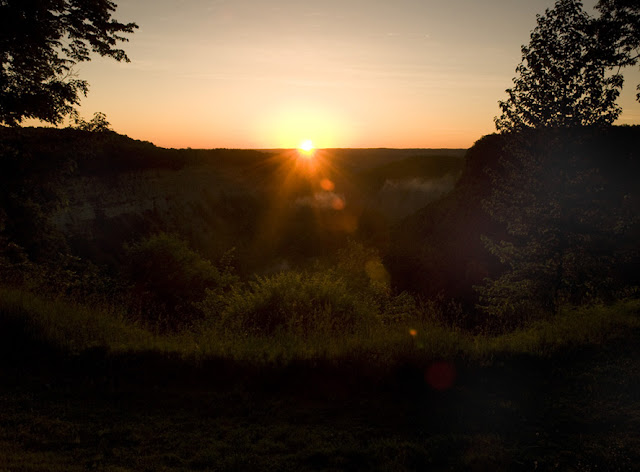 Letchworth is a very large park and I realized I needed some sleep, so I returned to the hotel room for a two hour nap, had a lovely breakfast at the only restaurant in town (Perry, NY) and returned to spend the rest of the day exploring the gorge, the trails and the waterfalls. Look at all the Pollywogs.... 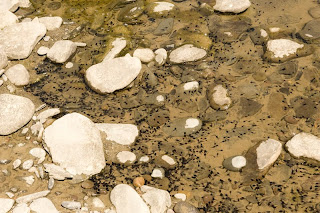 Much nicer than the snake I saw. Andy challenged me to walk into the middle of the water.... 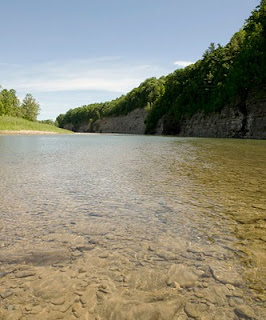 I don't think it made for that dramatic an image, but it felt nice and cool (a little slippery, though). 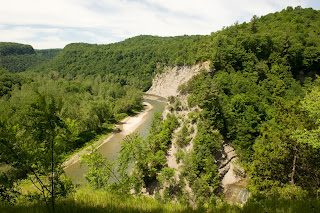 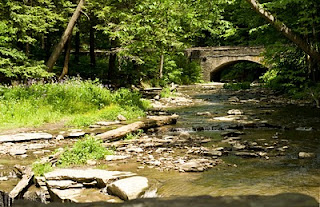 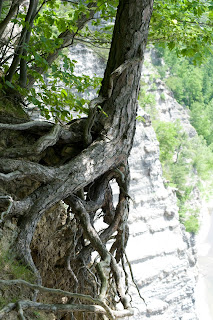 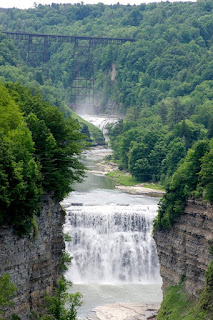 If you'd like to see more, go to http://www.chriscina.net/Travel. And stay tuned for the next day - onto Niagara Falls!
Happy shooting!