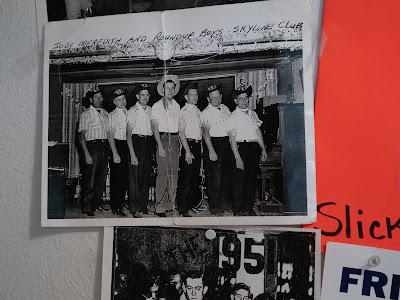 Jody "Slick" Meredith and the Round-Up Boys were regular performers at the Skyline Club which opened in 1946 and was popular until 1977.  According to Maida, it was the original, and for awhile, only music venue in Austin. A country-western dance hall in North Austin, Jody played there 4 nights a week, from Wed- Sat for 12 years. His band was the backup for Elvis Presley, Hank Williams, Johnny Horton, Ray Price and Marty Robbins. 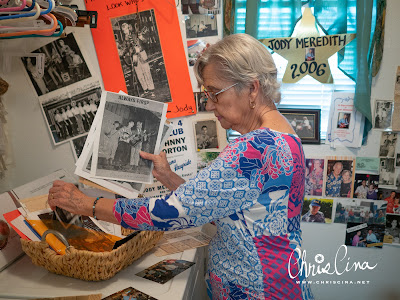 "It was a family place," said Maida who showed me a box of memorabilia, filled with images of a younger Jody performing with a slew of stars. She taught her boys how to dance there and the honky tonk was always filled with friends that they socialized with.  Slick also played with the Stardusters when he wasn't working in the print shop that was his full time job. 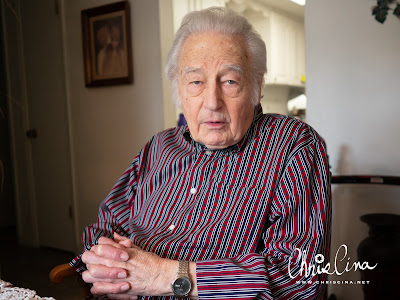 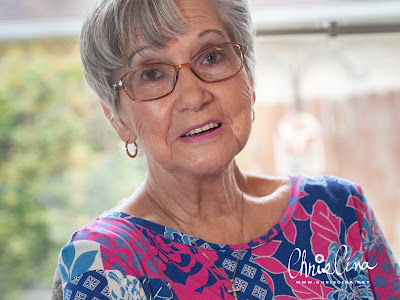 Today Jody is a little hard of hearing but he was pleased to have me visit as I snapped pictures and he teased me that "the camera hasn't broken yet."  Maida rules the roost and keeps an immaculate house while telling me about the many grandchildren and great grandchildren who visit often.

Though Jody doesn't perform any more, he did sing "New York, New York" to me when he heard me tell where I come from.

The Meredith's like to sit outside their house and greet all of the neighbors who stop by.  You can see the tenderness that comes with being married 60 years. 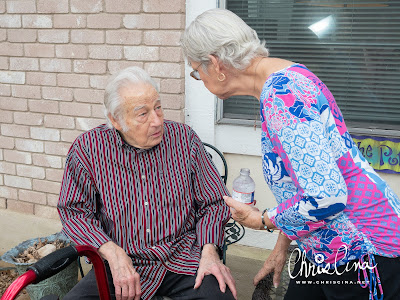 Meeting these beautiful Seniors was such a privilege.  I get so much back from spending a little time with people like Jody and Maida. I am so grateful they let me come and hang out and photograph them and hear a little about their lives. 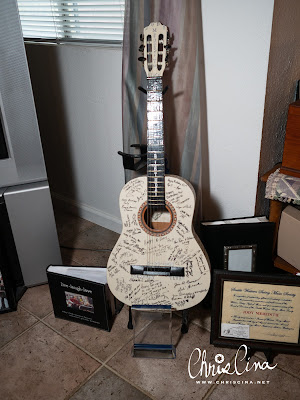