Showing posts from August, 2011
Show all

Fredericksburg - A German town off the beaten path with an exciting find! 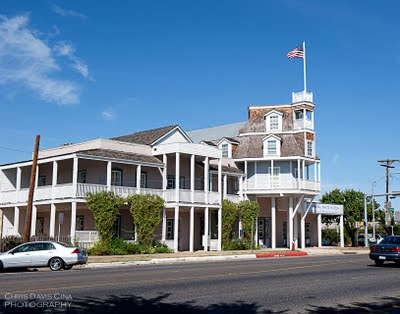 Never heard of Fredericksburg, Texas but we stumbled on it when we went out to find Lyndon Johnson's birthplace and what a lovely surprise the town itself and what it offered is! With it's German architecture and shops that pride themselves on authentic German food and goods, the town itself is pretty just to drive and even more fun to stop in and visit. But the icing on the cake was our discovery of the National Museum of the Pacific War. This panorama of 3 images shows me that I need to upgrade to Photoshop CS5 for it's virtual fill feature. Originally named The Admiral Nimitz Museum because it was the home of respected Admiral Chester Nimitz who lived in his family's Nimitz Hotel, the National Museum of the Pacific War contains more than 50,000 square feet of indoor exhibit space, including an impressive display of Allied and Japanese aircraft, tanks, guns and other large artifacts made famous during the Pacific War campaigns.  A maze to walk through,
Post a Comment
Read more
More posts