April 03, 2013
“We do not take pictures with our cameras, but with our hearts and minds.”
-Arnold Newman 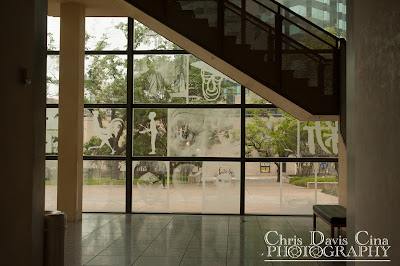 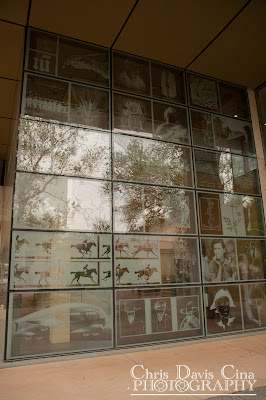 I had the privilege of viewing the stunning black and white photographs of Arnold Newman, one of the great masters of the 20th and 21st century whose work has defined great portraiture.  The exhibit, Arnold Newman: Masterclass is free and open to the public until May 12 at the Harry Ransom Center at the University of Texas campus in Austin.

There were over 200 iconic photographs taken by a man who focused largely on capturing the essence of artists, cultural celebrities, movie stars, and political figure.  He insisted on shooting his subjects in their own personal surroundings.  Some of my favorites included Grandma Moses, Georgia O'Keefe, Marilyn Monroe, Pablo Picasso and Salvador Dali, to name just a few.  Photography was not allowed, and I honor that. But to see some of his images, you can go to http://www.arnoldnewmanarchive.com.

He also had a lot of self portraits. I was so inspired, I took one of myself while still on the premises.
I am not very strong when it comes to portraiture  - my talents lie more in candidly capturing my subjects. But I couls see how Newman has influenced some of my favorite portrait photographers today, Joe McNally, Matthew Sturtevant, and my good friend, Patti Hale. I really did enjoy seeing how he chose to meticulously capture each of his subjects and tell a story about them just by using his composition. 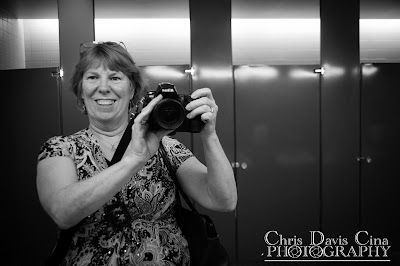 We are so blessed to have so many free resources available to us. There is never any excuse not to be inspired by something around us. 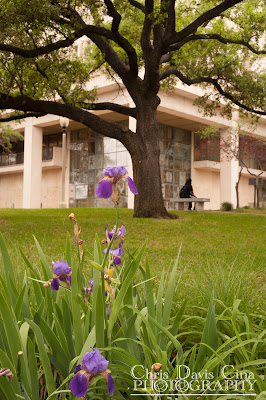 Happy shooting, friends. I know I have been enjoying doing so with the 365 project I took on this year. I have been posting a Photo a day for the past 92 days. Sometimes extremely challenging, often lots of fun, I encourage you to check it out by "friending" me (Chris Davis Cina) on Facebook. 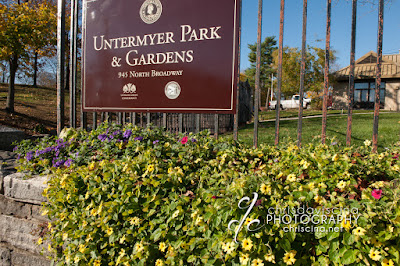 On a recent trip to my hometown, Yonkers, my sister offered me the opportunity to "check out Untemeyer Park," a spot we had never explored before.The day was bright and the hour was early, so it sounded like a wonderful idea.   We were blessed by the last of Fall's glorious colors - we even saw a few roses. But my thrill was the cool architecture.  A brochure at the site called this place "America's Greatest Forgotten Garden."  Owned by prominent lawyer, Samuel Untemeyer, these gardens were acclaimed to be the finest in the Hudson Valley in the 1920's and 30's. The brochure claims that 30,000 folks visited in a single day in September 1939.   the gardens became overgrown and lost in time. Designed after the Persian Gardens with an influence of Spain, India and Italy, the Untemeyer Gardens have a universal appeal.   I was taken by the lines and shadows on this crisp Fall morning. The views of the Palisades and the Hudso
Read more 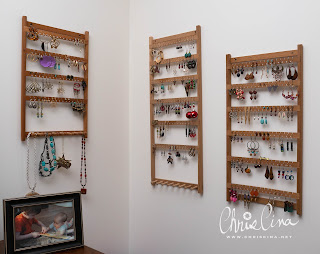 We've been unpacking boxes since moving to Maryland two weeks ago. A lot of my "stuff" seemed so important to me when I packed it and now that we are in a new place, it seems so excessive. I need to get rid of a lot of things. But yesterday, unpacking my earring trees, I felt like I was welcoming old friends into my new home. There's the earring I got for my sister's wedding, and the one's someone gave me when I was diagnosed with cancer. I wonder if she knows how meaningful they were to me then and how I think about her every time I wear them...24 years later.  There are the natural rock ones my daughter, Kiryn gave me because she much prefers rocks than gems. There are the very first pair my husband, Andrew gave me. There are ones I inherited when an aunt died and many I received as birthday or Christmas presents. Moving is difficult and unraveling all of the stuff that we carried along is confusing and stressful.  But finding my old earrings, even t
Read more