July 30, 2011
It's 108 degrees today in Austin and yet all my friends back East keep calling complaining about the heat. Weenies! Although I will admit that the heat here was one downfall of our visit to San Antonio. I am told that Christmastime is the best time to visit San Antonio, when it's festively decorated. Unfortunately now is when we are here and so, despite the heat, we made the 110 minute journey to see the famous Alamo, River Walk and some of the missions. As we drove through the downtown streets, in search of the missions, I was impressed with the Spanish architecture and really would love to go back and walk around downtown - it was quite an interesting place to explore.

The missions themselves were not designed for tourists in the blazing sun. We stopped first at Mission San Jose´ "Queen of the Missions."  The chapel was under construction, but we did get a sense of the beautiful architecture, the size and the purpose of the Mission itself and we stumbled on a bride being photographed. What a lovely setting! What a brave bride out in the beating sun! 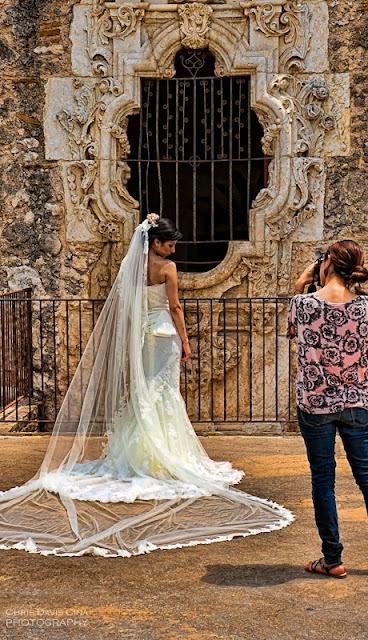 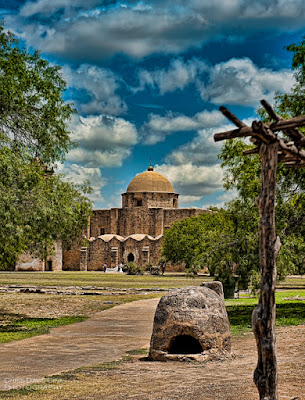 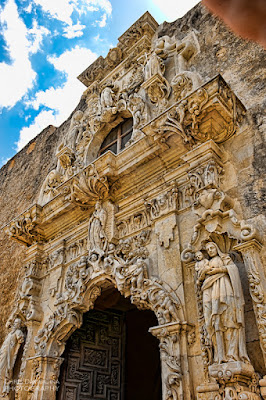 My personal favorite part of this Mission was seeing cactus grow on an old tin roof. 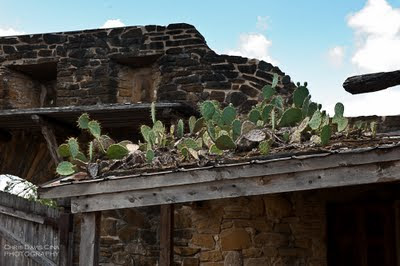 Mostly the Mission was a large, open, shadeless courtyard and so we decided to head straight for the one that is most well known, the Mission San Antonio de Valero, otherwise known as the Alamo where we got to learn about the 13 fateful days in 1836 when the battle that is remembered as part of the Texas Revolution occurred. 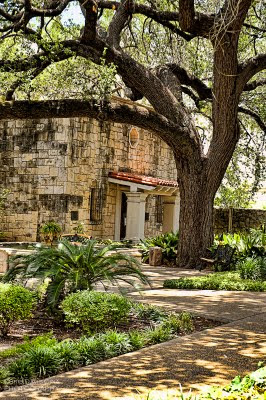 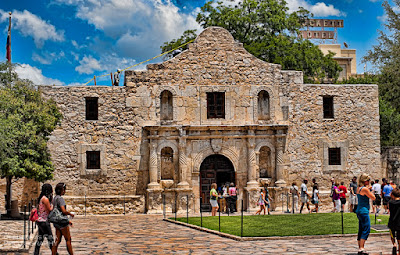 Thankfully we found an air conditioned room where they showed a movie reminding us of the history that took place on this site. I still want to rent a movie where I can see it played out from beginning to end. Netflix has several of those. Anyone want to recommend one?
Finally we headed to the famous River Walk. It was easy to find - directly across from the Alamo. What surprised me was how extensive it was. 2.5 miles of shops, restaurants, cafes, galleries, hotels, bridges, color and charm. Very European looking, the walk itself is two stories high with treasures to be found at every step. And, despite the heat, many folks were eating outdoors. We were not as resilient - we eagerly found a Mexican restaurant with air conditioning and enjoyed a wonderful meal. 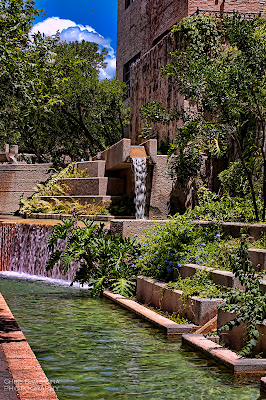 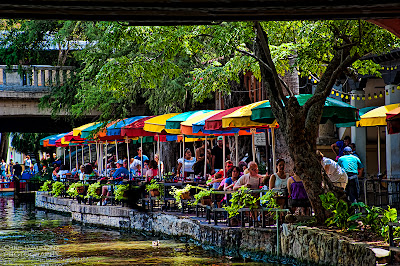 I hadn't realized that San Antonio is the 7th largest city in the United States. With it's two big attractions withing walkable distance of each other, one could easily see the Alamo and the River Walk and think it's a small, quaint city. In reading it's list of attractions, however, Six Flags, many museums, IMAX, you could easily spend a week vacationing there.  We only had a day to give it but I do look forward to returning and making more time to explore lovely San Antonio.
Happy shooting, friends!